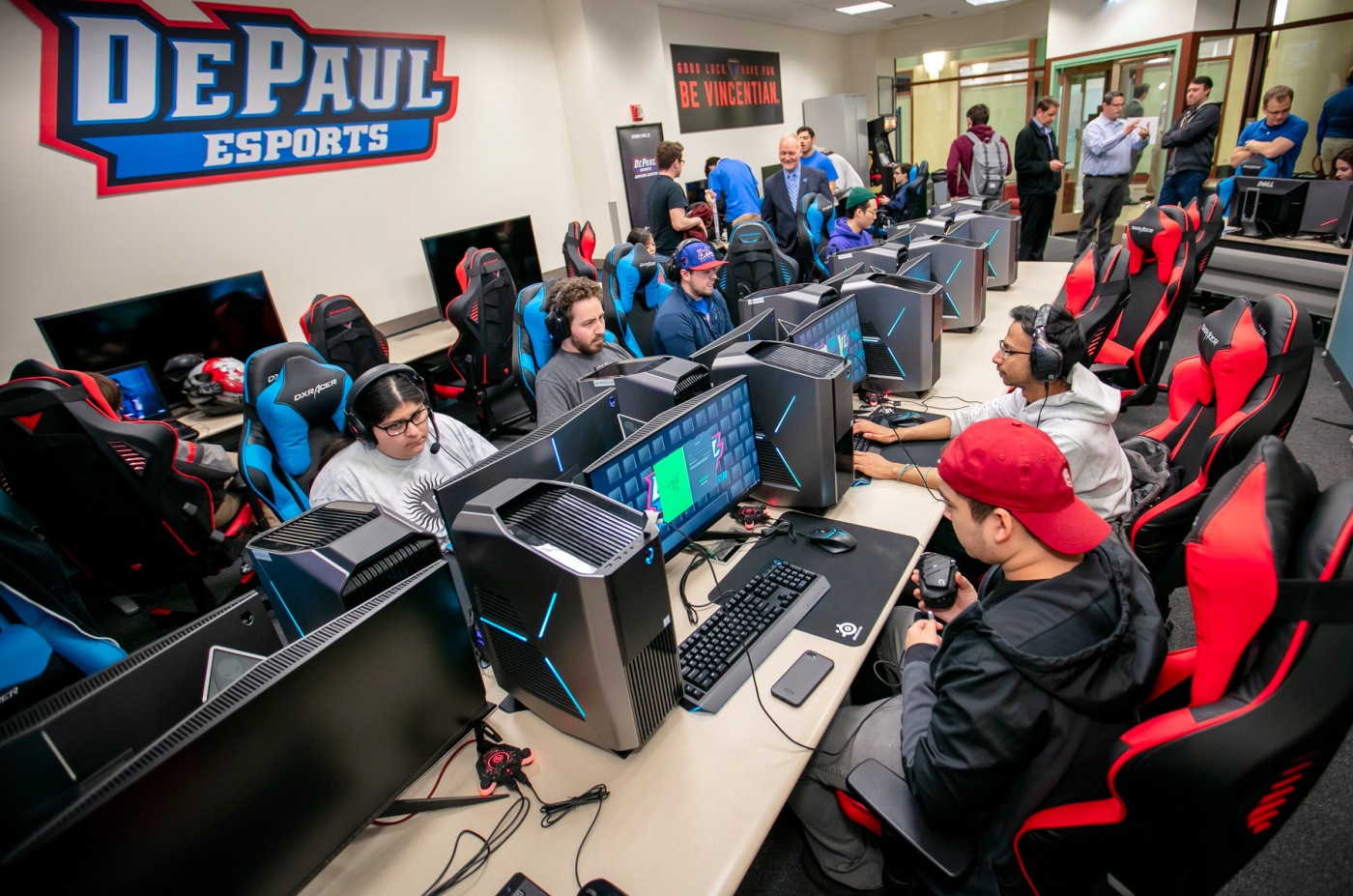 DePaul’s Game Design programs in the College of Computing and Digital Media are consistently ranked among the best in the nation. It’s no surprise, then, that Game Design alumni have gone on to make innovative games across multiple platforms both independently and with major studios. We put together a list of video games featuring the work of DePaul alumni—check it out below!

Octodad began life as a student project in DePaul’s nascent Game Design program back in 2011. Players control Octodad, “a dapper octopus masquerading as a human, as he goes about a day of his life.” The Octodad games are made by Young Horses, Inc.

In OmniBus, brought to you by alumni Amir Badri (CDM ’15) and Jeremy Crockett (CDM BS ’15, MS ’17), players fight against unique game physics to drive the OmniBus, “the most powerful bus in the universe that can’t stop or even slow down for reasons incomprehensible to the simple human mind.” OmniBus: Game of the Year Edition is available for $4.99 on Steam.

The zombie survival genre is familiar territory for gamers, but alumni Ryan Wiemeyer (CDM ’10) and Michael Block (CDM ’09), of The Men Who Wear Too Many Hats, bring new features to an old classic in Organ Trail: Director’s Cut.

“Travel westward in a station wagon with 4 of your friends, scavenging for supplies and fending off the undead. Members of your party might die of dysentery, or you might have to put them down yourself when they get bit.”

That Blooming Feeling, created by alumni John Groot (CDM ’17), Murray Campbell (CDM ’17) and Mariah Hale (CDM ’17), among others, is a name-your-price “gardening videopicturebook about welcoming a youthful joy into ourselves.”

Alumnus Chris Wade (CDM ’15) was responsible for the programming, art and design for Sausage Sports Club, “a physics game about floppy animals playing sports!” Play on Nintendo Switch or Steam!

Minecraft Earth, based on the wildly popular game Minecraft, is an augmented reality game that brings your Minecraft creations off the screen and into real life. Alumnus Peter Sheff (CDM ’14) was part of the development team.

Alumnus Mark Nauta (CDM ’13) contributed to the making of XCOM 2, a turn-based tactics game developed by Firaxis Games and 2K Games. Blending turn-based combat with real-time strategy mechanics, XCOM 2 is a new foray into the XCOM series, and is available to play on Nintendo Switch and Steam.

This site uses Akismet to reduce spam. Learn how your comment data is processed.